Twilight at the City Cemetery in Nashville, Tennessee

Is it weird to seek out a quiet hour on Christmas Eve and find myself in a cemetery? I can see some of you nodding. “Yes, Laura, it is kind of odd.”  I’ve got to admit that when I got in the car and left my family – not in a huff, my family’s great – with Google map in hand, to drive to a part of Nashville I’d never seen,(after twenty years of visiting for the holidays), I wondered a little myself.

But when I found the City Cemetery and got out to walk around, that familiar sense of peace settled over me and I knew that at least for an hour, I was in exactly the right place.

It’s a beautiful, old cemetery with some really interesting stones. Like this one. Does anybody know the story here? The plaque reads, Ann Rawlin Sanders. She was 21 when she died. No, wife-of or beloved daughter.  It was 1836. It would have been quite a feat to move a boulder this huge. It crossed my mind that the rock is a natural feature of the spot, the tip of the iceberg so to speak. But then how could they bury someone under it?

There were three great angels.

Erosion had washed away details on this last one, leaving rather more to the imagination than the sculptor probably intended. 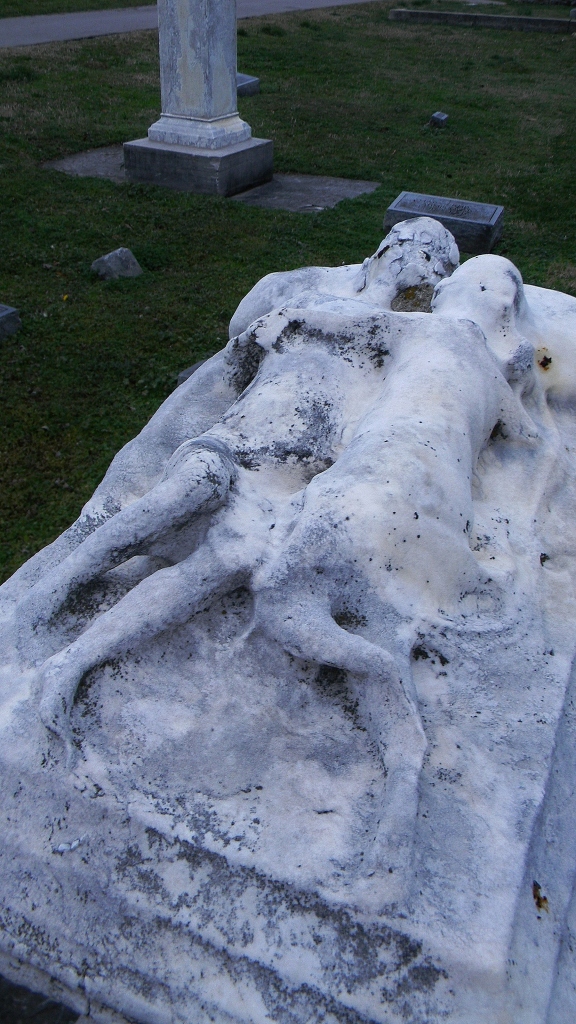 The second shot shows the outline of a wing better, giving the sense of the angel carrying off the dearly departed much better than the first shot – in which I got the wrong idea all together.

This was an interesting marker. It reads, Thomas B. Coleman, Mayer of Nashville, 1842. Really? The mayor with a misspelled,  plain, wooden plank? There’s got to be a story here too.

It’s a lovely place. I would have stayed longer if it hadn’t been getting so late. Stop by next time you’re driving through Music City.